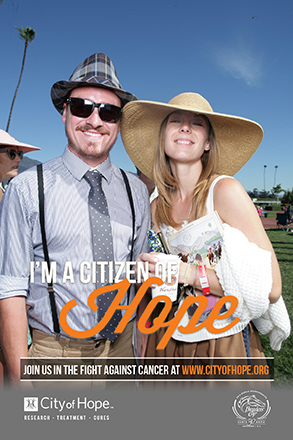 Lensley Automatic spent a day at the races for the 30th running of the Breeders’ Cup World Championships at Santa Anita Park. City of Hope was selected as the official charity of this year’s event, and while guests mingled and placed bets, Lensley was on site to capture every moment!

Guests were able to take a photo in front of the custom City of Hope backdrop, or outdoors in the beautiful California sun. Once they took a single-shot photo with the custom-wrapped device, guests were able to share their photos on all their social channels.

Even if your horse didn’t come in first, everyone was a winner & Citizen of Hope thanks to Lensley!