Recently, everyone’s favorite building block company, LEGO, unveiled the largest LEGO model ever assembled in the world: a full scale, 23 ton replica of a Star Wars X-Wing that was comprised of over 5 million LEGO pieces. The unveiling was a massive 3-day event in New York City’s Time Square, and Lensley pulled out all the stops for this incredible event! 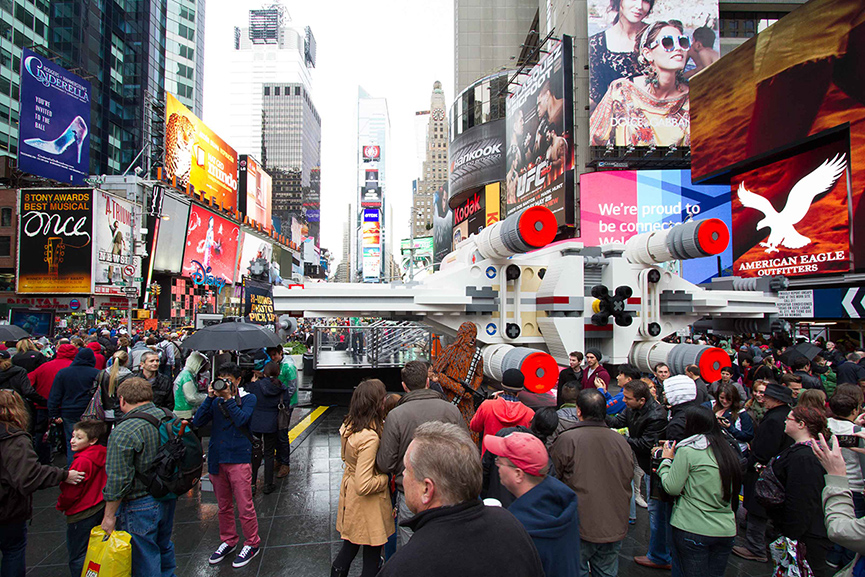 A life-size replica of an X-Wing isn’t just meant to be looked at, it’s meant to be experienced — and Lensley had just the solution. We mounted two cameras outside the ship, capturing the front and back of the X-Wing, and also mounted a LEGO Lensley device inside the cockpit. When fans took the pilot’s seat and snapped a Lensley photo, all three cameras captured a unique triptych image of the three views of the ship. Users could then head to a Lensley sharing station to post the photo to all their social channels as well as print a copy for themselves! 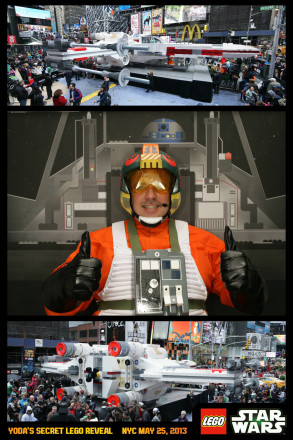 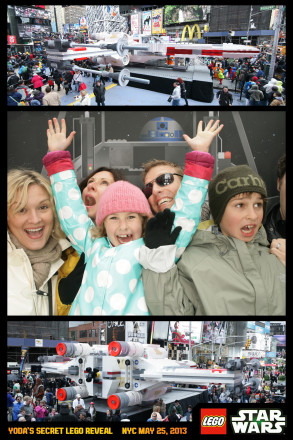 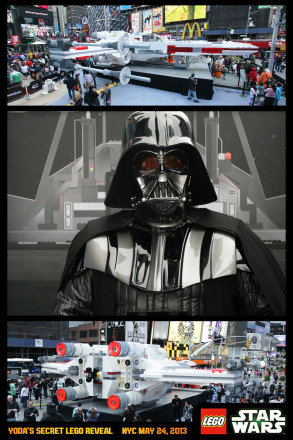 A Star Wars event wouldn’t be a Star Wars event without a Jedi Master present. Don’t worry, Lensley also had a custom wrapped Lensley Automatic device set up in front of a model LEGO Yoda (complete with an “NY I ❤” shirt). 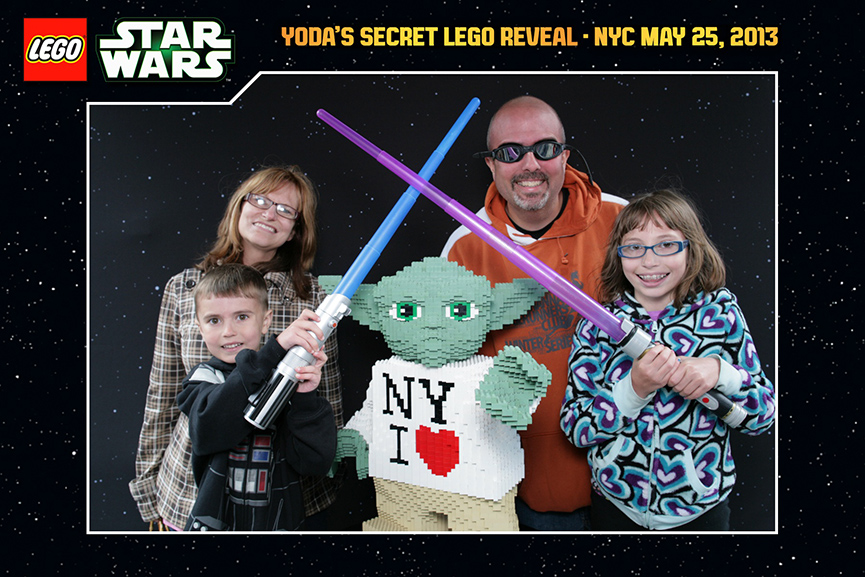 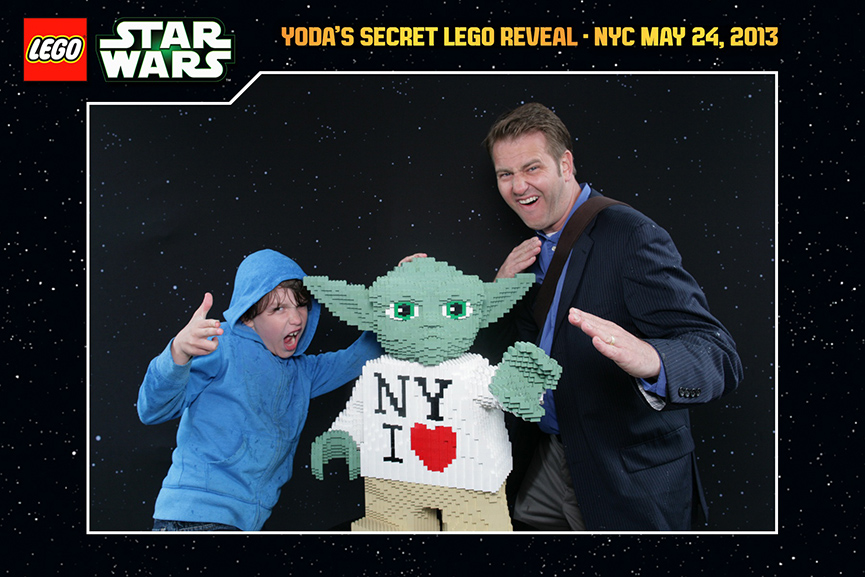 Despite the gray skies and rain, fans of all ages lined up for this once-in-a-lifetime experience. Three days of LEGO, Jedi Masters, furry Wookies and Lensley captured it all! The Force was strong with us. 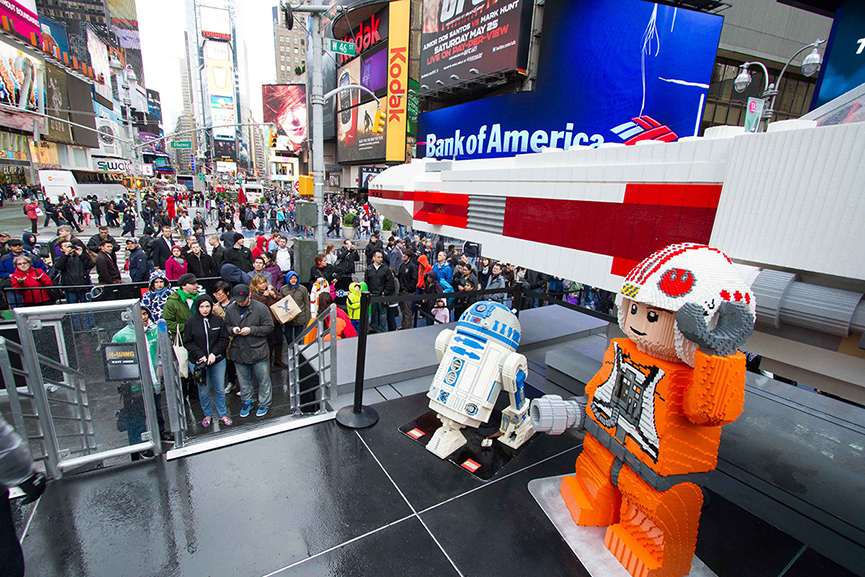