Last month, before the BET Awards took over Nokia Theatre, there was a two day festival just for the fans at LA Live. The BET Awards Fan Fest was a sprawling event full of music, food, and dancing that turned the fans into the stars of the show. Lensley was there at the Crest Booth to capture everyone’s pearly white smiles! 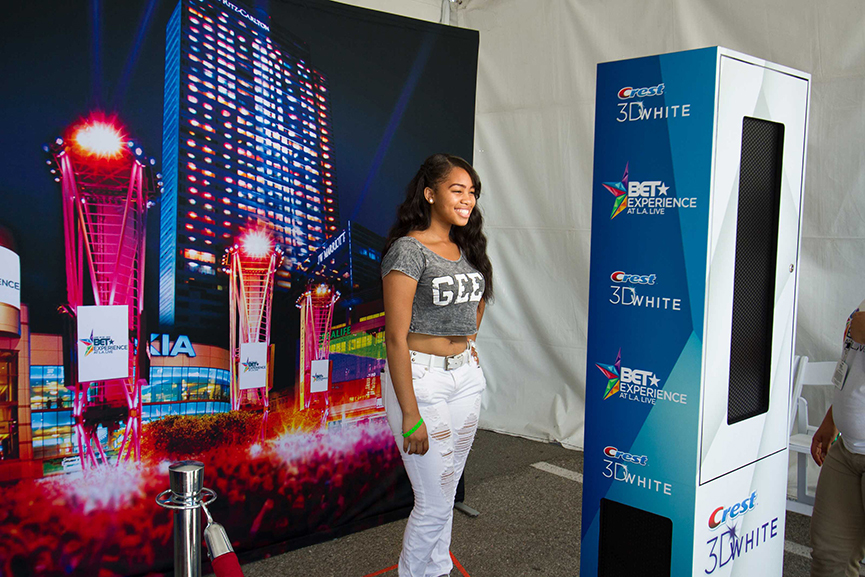 There were two fully branded Lensley Automatic devices to choose from, one with a custom backdrop of LA Live, and the other shooting out to the Fan Fest itself. Fans were able to take a photo on either device, share their photo to their social media channels, and print a copy for themselves!

While they waited to show off their brightest smiles, they were able to enjoy a live slideshow of all the Lensley photos that had been taken throughout the day.